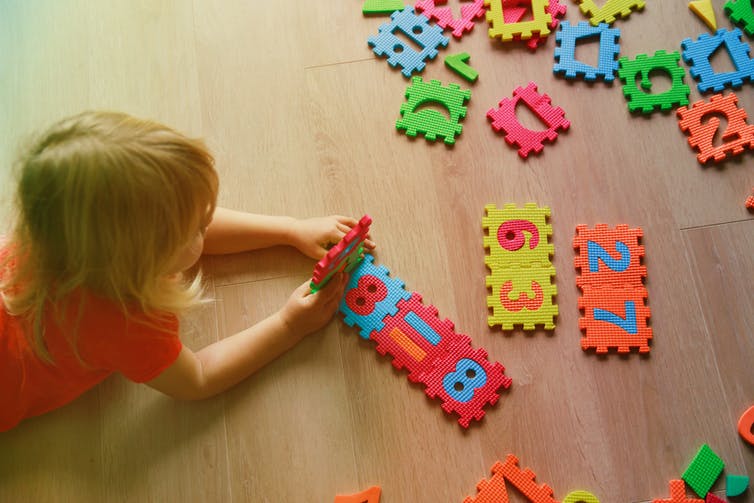 It is not hard to understand why concentration skills play an important role in an individual’s life. Without a good attention span, undertaking daily tasks, both as children and as adults, becomes increasingly difficult. For this reason, credence is being paid to research which suggests that the average attention span is reducing at an alarming rate. Without the prospect of people having a good attention span, society may be forced to face  a hidden dilemma, one which may have significant impacts on future generations. If, as literature states, the average human attention span continues to decline at such a significant rate, concerns give life to questions that wonder what type of hardships our children will face if they are not equipped with the skills to maintain concentration throughout their schooling, work, and social lives? While this article is not of an academic nature, this topic has inspired the idea of how to enhance children’s attention spans while hinting at  how one’s attention span and life success are interconnected.

What typifies a good attention span?

Young children have different attention spans dependent upon their age. Very young children have a minimal attention span, which is considered to be developmentally normal. By the age of four children should typically be able to sustain concentration for anywhere between eight to twelve minutes. This calculation is in line with the generally accepted rule that a child’s attention span should be between two and three times its age in years.

When deciding if a child’s attention span is parallel to the suggested times, adults need to consider the conditions under which the testing is being conducted. Generally speaking, a child being able to watch television, play a video game or peruse the internet do not count. The reason for their lack of validity is that all technologies tend to be designed with waning attention spans in mind. Therefore, they ensure that images and points of interest change rapidly, thus distracting a child’s usual pull at boredom. Instead, better indications come from activities where children need to make their own fun and games.

It is not uncommon to hear parents say that their children have good attention spans based on their assertions that their child can play in their room for hours. The misconception that can be derived from such observations is that there is less attention paid to how many different toys children played with during this duration. In short, there is a marked difference between a child drawing for twenty minutes and a child playing and leaving a trail of discarded toys in their wake.

To tech or not to tech it up

It would be short-sighted to qualify a definitive position on whether or not children should have access to technology. Without a doubt our lives have become dependent upon technology, thus highlighting that the world has already shifted towards a world where we have a responsibility to expose children to opportunities where they become skilled technological users. With this said, however, it must be pointed out that exposing children to technology and allowing them to whittle away hours of their daily lives while on technology is quite different. As a close friend of mine once pointed out, teaching her child how to set up, manage and market her own YouTube channel was quite different to allowing her to watch other people’s channels with no clear purpose.

One thing that cannot be disputed is that tech companies do their research. They understand the human psyche and use their knowledge to ensure their products draw their customers in to leave them wanting more. David Gillespie, the author of Teen Brain, does a magnificent job explaining the way technology affects the brain and how it interferes with the release of naturally occurring chemicals to form addictive neural pathways. For any parent quick to dismiss the dangers of too much technology exposure this book is certainly worth consideration.

Despite the ever expanding arguments between pro tech users and anti tech users, experts appear fairly united on one fact – young children under the age of three can develop as many as one million neural connections each second, thus meaning that their brains are very malleable. Such malleability means that it is important for children to be exposed to varied experiences that promote cognitive, physical, social, language and emotional development. Without such experience’s children run the risk of failing to develop the necessary skills to think flexibly, learn to regulate their emotions or problem solve (to name a few). Without being able to harbour the concentration needed to attend to such activities, children will fail to develop to their full potential.

Technology aside, how can concentration be developed in children?

To discover the answer to this sub-title it is important to look back rather than forward. In decades (and centuries) past, children were invited to explore their environments in many ways. Their options and access to different activities and toys would have been significantly limited compared to many children today. As such, children were invited to make their own fun, for example, they may have turned the family pots and pans into a makeshift drum set. Interestingly, the limited resources available to children and their parents meant that children’s attention spans were enhanced daily without much conscious effort. Today, however, children’s constant access to the latest trendy toy (i.e. fidget spinners or poppers, free toys in taking away meals etc.) means that there is always the urge to look for the next thing rather than what is already in existence. When children are looking to what they can get or have next their attention span naturally suffers the inadvertent consequences.

To counter this problem adults can attempt many different things. Firstly, denying access to constant new toys and games will mean children will be able to explore what they already have in new and varied ways. Other ideas include falling back on the good old traditional games and activities that families often undertook. Examples include (but are not limited to) playing board games, playing card games, doing puzzles, reading, and playing travel games such as I spy or the number plate game.

Success will often be found if adults understand their children’s likes and interests. Drawing them towards experiences that snag their attention will often yield better results than attempting to drag them into games and activities that others like and they do not. Naturally, ideas are not limited to indoor pursuits. Being outside brings with it other benefits. Tasks such as playing group games like cricket or hide and seek and going for a bike ride or walk not only brings with it the ability to remain focused on one task for a long time but also encourages muscle development and gross motor coordination and control, another important ingredient for developing brains. To learn more read the article Rediscovering The Great Outdoors (https://www.whatmjdoes.com).

Reports indicate the average concentration span is in rapid decline. The potential effects of failing attention spans on children’s lives are potentially unmeasurable. Social interactions and success at work and school are dependent upon good attention spans. To determine what defines a good attention span, adults can apply the simple formula of multiplying the child’s age by two or three. A child who can sustain concentration between the lesser and maximum of these two equations is said to be functioning with a typical attention span. Learning if children are able to play in one area with one toy/topic of focus will also help adults

determine if a child’s attention span falls within developmental norms.

Technology use is often the butt of debate. The pros and cons of exposing children to technology exposure are unlikely to meet at a happy medium any time soon. Instead, it is perhaps more prudent to suggest that while technology has its benefits there are cautions to be aware of. Knowing the purpose behind technology use can help set adults on a path that manages to promote skills such as attention span (i.e. developing and managing your own YouTube channel).

Due to the extreme malleability of a young child’s brain, it is necessary for them to be exposed to a range of activities that promote development across all developmental domains. In achieving this task a child’s attention span will naturally benefit. To promote the development of children’s attention spans, adults can organise games and experiences such as board games, card games, puzzles, group games and activities. A variety of different activities, including those which promote movement, will combine to increase a child’s attention span and thus support children to succeed in all facets of their current and future lives. 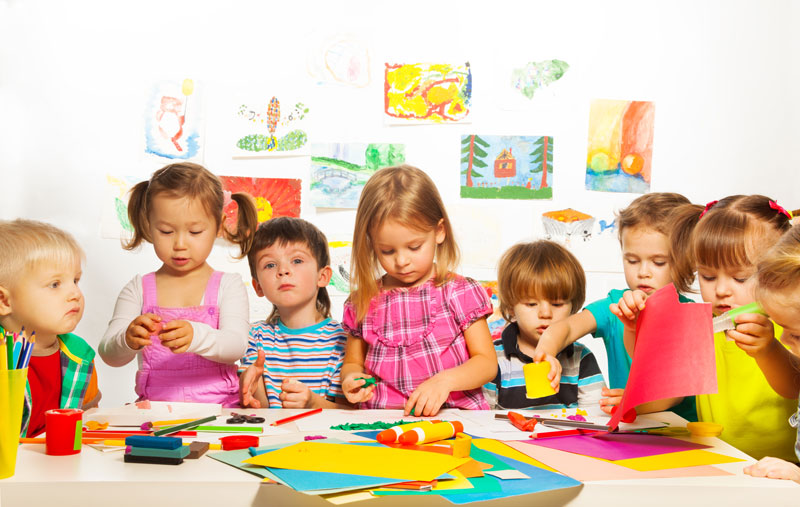